Touchdown in Johannesburg was what I needed to change my outlook after the brief stop in Paris.  From the window of the plane rolling across the airport grounds, I saw some species of Lark sallying from the grass, but couldn’t ID it.  I did however see a PIED CROW fly past, my first African life bird.  It wasn’t long before our driver picked us up and we were at our hotel, the Airport Game Lodge in Kempton Park just outside of the city (I recommend this place for birders who just need a stopover for a few hours, or day) 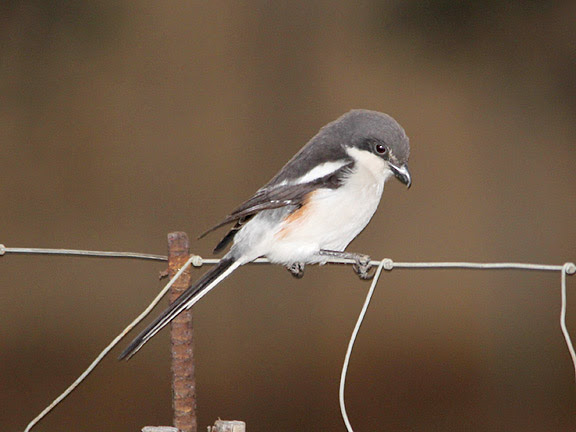 Cooperative Southern Fiscal outside my hotel room--yes, it's a shrike.

The place is quaint, not over the top, and very affordable.  And there was no shortage of bird life as we walked to our room.  The first birds I spotted was a SOUTHERN FISCAL followed by a COMMON BULBUL.  After getting to our room I headed out on the porch where 2 SPECKLED MOUSEBIRDS flew into view--very cool birds. 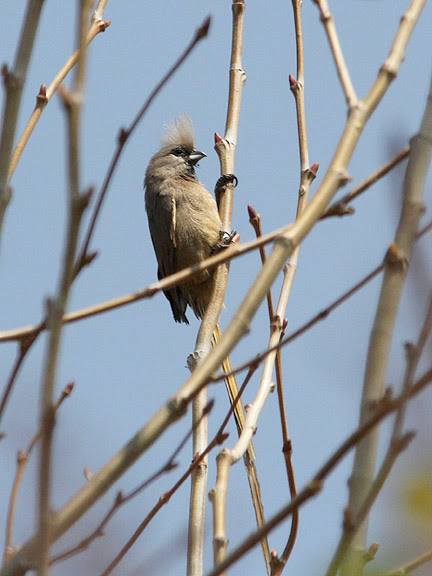 From the same tree a SOUTHERN MASKED-WEAVER took flight. 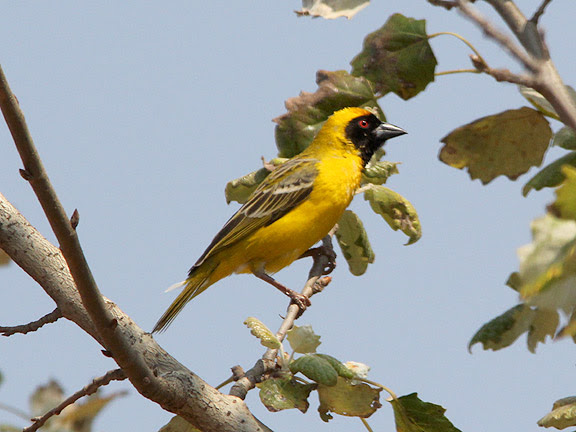 Southern Masked Weaver--every bit as stunning as the shows on Africa from my childhood made them seem.

As I followed it I spotted the bulbul being harassed by a pair of CAPE WHITE-EYES.  Then a small bird caught my eyes on a light post--it was a RED-THROATED WRYNECK, from the woodpecker family.  It would be the only wryneck I saw in the following weeks. 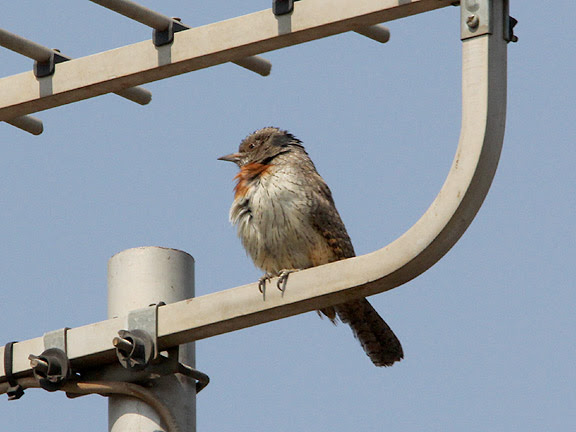 The lone Red-throated Wryneck I saw in Africa.

Across the fields from the porch I made out a bird in the top of a tree that turned out to be an AFRICAN SACRED IBIS--several would flyover over along with Glossy Ibis, and HADADA IBIS.  There were constantly doves and pigeons flying over of which I ID’d 3 or 4 species.  Over the course of the afternoon more and more HELMETED GUINEAFOWL poured into the field--there were probably close to 50 by dusk. 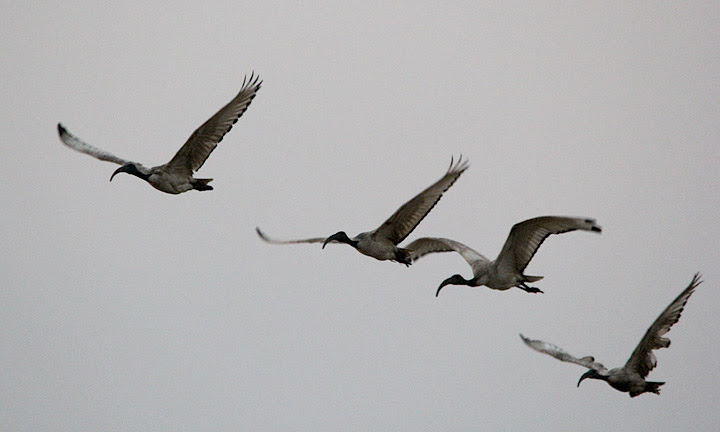 Lots of small birds flew over, seeping, and tweeting, but most were left unidentified.  There were 4 COMMON MYNA behind our room that made a racket all afternoon as well, while the last lifer of the day was a flyover EGYPTIAN GOOSE. 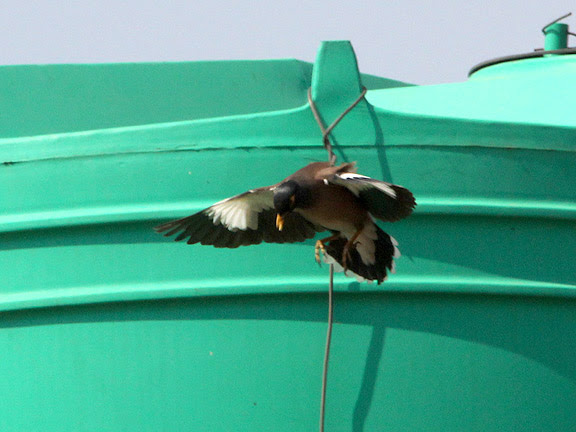 I spent a good deal of the afternoon sleeping to make up for the lack of sleep on the flight, so I probably missed some good birds--but I figured the next 5 days would be packed with plenty to make up for it!  All in all it seemed like a great afternoon of birds in South Africa...  But the next day would begin to open my eyes to what Africa really has to offer--the unbelievable. 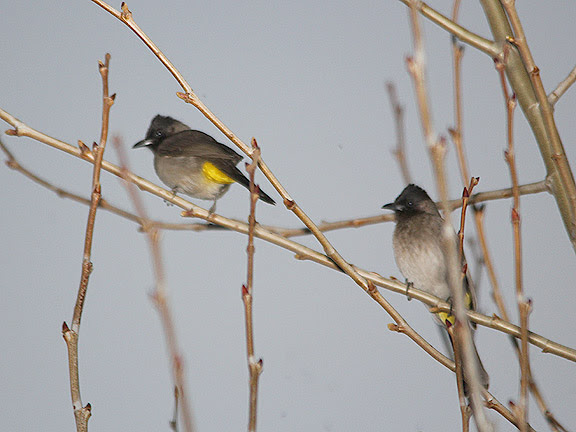 Common (Dark-capped) Bulbuls outside my room.

photos from birding in Johannesburg can be viewed at:
http://www.timaverybirding.com/photos/thumbnails.php?album=1094

Thanks for sharing your African adventure through their birds!

I hope you enjoy! I also hope these post may help others interested in traveling to Africa to go birding! It's a top notch destination.

Noteworthy utilization of tenses and additionally creative method for composing made this blog appealing. I read this blog deliberately and discovered nothing unfortunate identified with any reality. First rate work. מחיצה שקופה לדלפק