So it's been a while since I posted the first 10 on my Peru Top 25 List.  If you need a refresher on those you can check out birds #25 to #16 here.  Now, here I am 2 months out from my trip and although I haven't learned many more birds than I knew several months ago, I have narrowed down the possibilities and finalized the places we are visiting--more on that later.  But for now let's jump into birds #15 to #6 and see some of the amazing birds I hope to see! 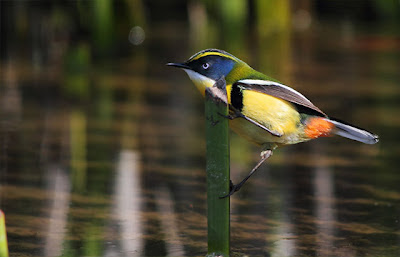 I don't think I even need to explain why this bird made my top 25. What a combination of colors and pattern. This tiny marsh skulker is a stunning little thing. I should have plenty of opportunities at various locations to see this little stunner. If I can get a photograph half as good as the one above I will be ecstatic. This was a rather safe choice but every time I come across it in the field guide I can't help but admire it. 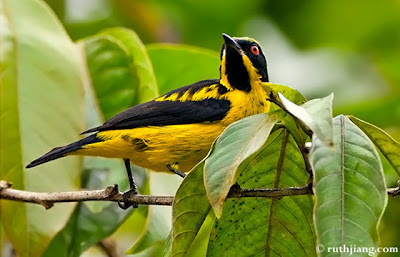 I saw Blue Dacnis in Costa Rica last year--and it was a vibrant blue bird among the canopy. But in terms of wow factor the Yellow-bellied Dacnis is WOW! Yellow and black bird with a red eye. The masked face gives this bird a memorable look, and from what I have read this should be a bird I pick up in Amazonia without too much trouble. 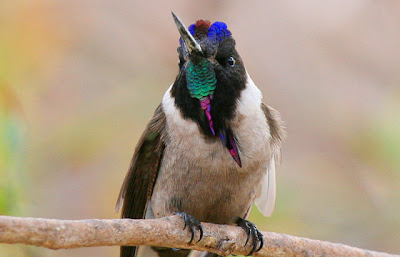 ENDEMIC. That's a pretty good reason this bird made the list. Only found in a tiny patch of the country around the Inca capital of Cuzco I will have a few hours to look for this elegant hummer mid way through the trip. Aside from the fact its only found in Peru, it happens to have one of the coolest names of any bird. So unique, and pretty spectacular as well! 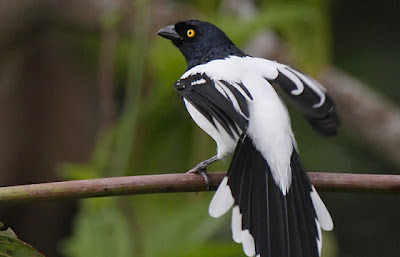 It looks like a magpie... But it also looks like a tanager--that would be the Magpie Tanager of Amazonia. It's not hard to see why this bird was given its name, and its an easy to remember bird. There are some vibrant tanagers, and some tanagers with really cool names. This stark black-and-white bird isn't overly vibrant, but the name is pretty awesome--and despite the overall lack of color its not a bird anyone that see will forget anytime soon. 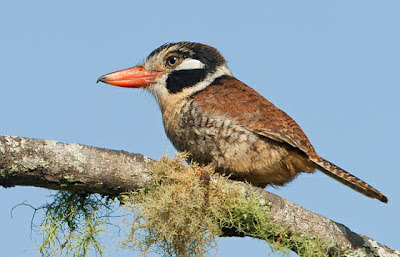 
Another bird that I don't think needs much of an explanation. Firstly, Puffbirds are amazing--and I missed every single one of them in Costa Rica. I should have ample opportunities for multiple species, and this one is probably one of the rarest I might have a shot at. The big orange bill and the striking head pattern on the almost comical looking puffbird make it a major prize.
• • • 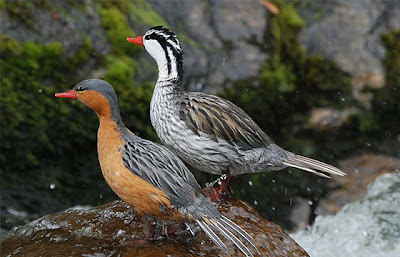 There are about half a dozen species of waterfowl I will undoubtedly see while in Peru--and the Torrent Duck is pretty much a sure thing. These birds are a common sight in boulder strewn fast-moving mountain rivers--as their names aptly suggest. This is one of the birds commonly reported from the town of Aguas Calientes--which is the jump off point for Machu Picchu. This is just one of several river specialists in the area, it just so happens to be a pretty cool looking bird as well. 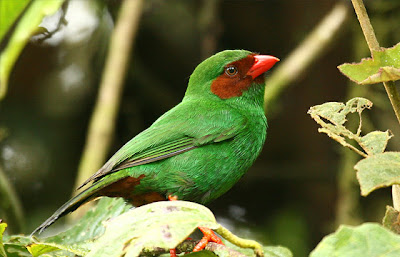 Another Tanager! You betcha. What a gaudy looker too. The green color is pretty unique in the bird world--throw in that red bill and brown mask and that's a memorable bird. Unfortunately, this bird is probably out of the question now that we are skipping the Manu Road area. But I can still dream about lucking myself into one--maybe. 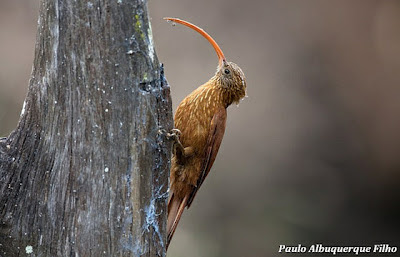 I don't think anyone can argue that the woodcreeper, tree-hunter, foliage-gleaner, scythebill, etc, complex is an interesting amalgamation of birds. They are probably one of the hardest groupings of birds to learn to identify--and to remember the field marks for just due to the number of species and how similar the vast majority of them are to one another. I'm not going to lie, in Costa Rica this was a pain point for me. I only saw a handful of them, but I didn't identify a single one in the field. I took quick notes on each one and then tried to snap a photograph so I could go back and ID them later. It worked--but even with the photos and notes some of those were pretty hard to name. Fast forward a year, and Peru is a whole other story--more species, more similar species, and more confusion. I have for the most part avoided this section of the book as I know it's going to be a game of take notes and photos and hope for the best. But even in the midst of this crazy group, there are species that stick out. The scythebills are one family that is hard not to notice--the big decurved bills on these creatures are stunning. It's like a curlew bill on a woodpecker. The Red-billed Scythebill is the Amazonian species from the group that caught my attention. It's one of just 2 I will have the opportunity to look for and the red bill is a standout feature--plus ID'ing this species won't be too difficult given that unique feature. 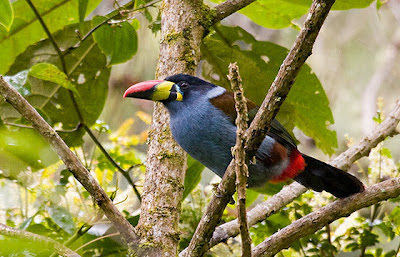 I love toucans--maybe it's a throwback to my childhood and the boxes of Fruit Loops in the cupboard. Toucan's are awesome birds--large billed--almost awkward billed in fact. A mix of colors, and patterns that create visually stunning birds. There are a handful of species of toucans, toucanets, barbets, etc in Peru, and each one is as vivid as the next. The mountain-toucans are unique in that they are found in--the mountains! As opposed to the lower elevation brothers and sisters, these toucan's are a high elevation specialist typically found between 8,000' and 11,000'. I think one thing that really caught my attention of this species was how different it is from the typical toucan. The slate gray body color is pretty striking in itself. Throw in the 5+ colored bill, the red undertail, dark cap, green back, etc, etc, etc, and it's just a visual masterpiece--the perfect mix of everything so to speak. 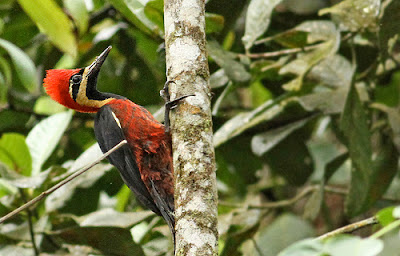 There were a handful of woodpeckers in Peru that really grabbed my attention when I flipped through the field guide. I could easily have made a list of my top 5 woodpeckers to see in Peru. From the Andean Flicker, to the Little Woodpecker there are some pretty sweet looking birds to see. But in the end I settled on a vibrant, bold, and distinctive Campephilus Woodpecker. How could I not focus on a bird from the same genus as the fabled Ivory-billed Woodpecker? And what birder isn't intrigued by this group of large and powerful birds? These are the woodpeckers that as a child I associated all woodpeckers with--thank you Woody. It was a shock to me when I started birding that the only one I could see in America was extinct--the very similar Pileated belongs to a different genus, and it would be almost a decade before I laid eyes upon one of them. Now almost 20 years later I am still yet to see a species of Campephilus, but will have several too hopefully ogle over in the jungle--and in my opinion the Crimson-bellied is the star of the show.

Stay tuned for my Top 5 List later this week!

Those are some stunning birds. I particularly like the Grass-green Tanager, it's unlike any tanager I have ever seen. Good luck on seeing as many of these as you can.

Great List so far, can't wait to see the top 5!

@Peter: Thanks. Yeah that tanager is just amazing--truly a unique bird.

@Anonymous: It kind of does right? It's just a matter of geography. It's crazy how the tropics are so biologically diverse, and the species are even more eclectically patterned than anything up here.

@Mark: Well they'll be up here in a few minutes!