After getting through the first 20, I am finally down to my top 5 must see species for Peru.

I would say this is a pretty safe top 5, in that I will probably see at least 4 of the 5 without too much work on my part.  The top 5 actually changed pretty drastically from my initial list which had 3 species of tanager.  Unfortunately, 2 of those birds are going to be impossible to get so I decided to switch things up.  But, no complaints here--the list that follows are the 5 birds I want to see more than any other while in Peru. 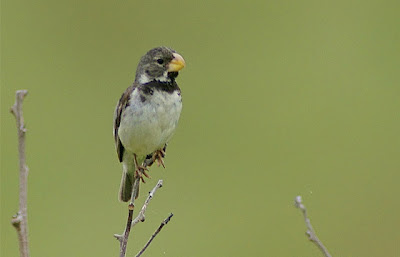 Some might call it a rather drab bird--not overly colorful and no striking plumage features. What it lacks in color, it more than makes up for in "parrot-bill". It literally has a parrot-shaped bill--but on a sparrow/finch body. It's something of a whimsical looking bird, one that you just want to look at and admire for no other reason than that unique combination of bill and body. Some may be shocked at this point that I included such a drab bird with the amount of color and stand out plumage of the rest of the list--this bird certainly is in a different category. And that's why I like it so much. Not every bird in the tropics is overly colorful, gaudy, or strikingly patterned--and that's what makes some of them so unique. Well that, and in this case obviously the bill! 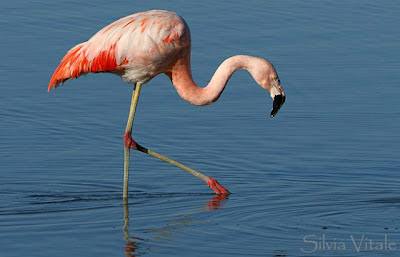 Would anyone be surprised that a flamingo made the top 5? Peru boasts 3 species during the time when I will be in country, with the Chilean being the most common and widespread. Part of the allure for me is the lasting impression of Pink Floyd, the escaped Chilean Flamingo from the Tracy Aviary that spent years wintering on the south shore of the Great Salt Lake. Seeing a flamingo in Utah in the wild was a sight to remember. Now actually potentially getting to see 100's in their native region certainly piques my interest. Flamingos are a bird that everyone recognizes--the horrendous yard decor found in garden centers at local hardware stores nationwide is a testament to that. As a birder, I can't think of a more elegant and graceful bird than the flamingo. So with my first opportunity to see one in the wild it had to be a top 5 bird for me. 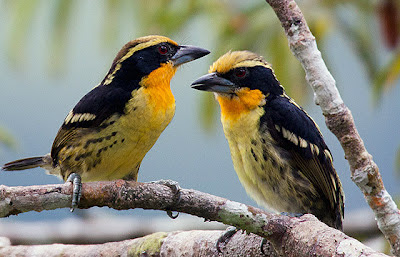 If you were to look back at my top 10 list for Costa Rica you would undoubtedly find a barbet there. In fact, I wanted to put both of Costa Ricas barbets on the list, but with only 10 species to pick for my top 10 I didn't want to pick two from the same family. Unfortunately, I skunked out on the barbets while there--but with Peru I have the possibility for 3 species--including this golden-orange and streaked beauty. It's not the most colorful of the barbets, but it is very striking. The bold pattern caught my attention in the guide, even on a page filled with red, yellow, green, and blue birds that looked more like something from a Dr. Suess book than the jungles of South America. These "mini-toucans" are awkward like the puffbirds, which probably lends to their charm for me--and is why the Gilded Barbet is my #3 bird for Peru. 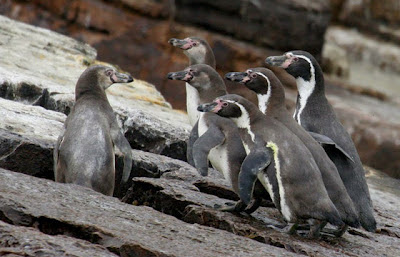 It's a penguin--end of story. No seriously, I don't even need to say anything else, it's an effing Penguin in Peru. 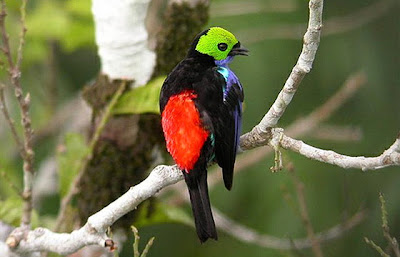 So what could honestly top a penguin--in fact, how could the penguin not be my #1 species to see while in Peru? I have got to be honest, it probably should be in the top spot. If there is one species that has mesmerized me since I found out it could be seen in Peru, it was the Humboldt Penguin. Of the several species worldwide of tropical penguins it is the first I will have the opportunity to see. And its a pretty spectacular species. It's a family that is associated with the Antarctic. They've been the subject of countless movies and documentaries--they are PENGUINS! But I must digress, I cannot help myself--I'm a tanager guy. My email addresses are western.tanager, tanager, and piranga. I have more birding memories involving tanagers than any other--or at least those are the ones that stuck out. It was the hook bird that wasn't my actual hook bird--but when I did finally see one, well I was hooked to them. A tanager was my top species to see in Costa Rica--the Speckled Tanager. Although I didn't get to see one in the wild, I was lucky to spend 30 minutes admiring one in an aviary before I left. My top 25 has been riddled with tanagers--Spotted, Flame-faced, Scarlet-bellied Mountain, and Grass-green. I had to take out Orange-eared and Golden Tanagers because I won't be going to locations where they are found anymore. Add in my number one and of the top 25, 7 would have been tanagers--instead I sit at 5 with my top pick being the gaudiest of the gaudy. This bird looks like it was hand dipped in a fluorescent paint to give it just the right mix of out of this world colors. Each time I flipped through the 50+ species of tanagers found in Peru I ended up back at the Paradise, drooling at the over the top bird. This species exemplifies the tropics through its colors. It could easily be the poster child for tropical birding--I mean it just looks tropical. When we deplane in Puerto Maldonado for our trip up the Rio Tambopota to the Explorer's Inn I will be on the prowl for this tanager. It is a relatively common tanager and rumor has it that all I need to do is spend some time in a canopy tower and I should be in luck. Hopefully I will be in luck and leave Peru with my most sought after species. Because there's a pretty good chance I wont find myself deep in the Amazon anytime in the near future after this visit. Thanks for taking the time to keep up with this drawn out top 25 list. Does anyone have a top 5 or 10 list they want to share--for Peru, the tropics, the USA, or even Utah? It's always fun to share these kind of things we dream about as birders!

Excellent list. I'm can't wait to hear about the trip and what you got to see after you go.

"it's an effing Penguin in Peru"

Best line of the entire series about the birds of Peru.

"it's an effing Penguin in Peru." Gave me a chuckle. Thanks for the fun pre-trip posts.

How 'bout instead of a list, a bird I'm hooked on that isn't my hook bird: Waxwings. Like Shyloh, I can't get over them. Since the first time I saw one when I was 14.

@anyonymous: Thank you! I can't wait to go and see all this stuff hopefully.

@Oliver: Glad you enjoyed the post and my ridiculousness. That is a great idea to talk about--the hook bird that isn't the actual hook bird. It's kinda funny how that works out right? For me it was just amazing actually seeing one of those gems (Western Tanager) in the forest--every time I See one, it's like the first time. I can't help but get excited.

Anyone else care to comment on their non-hook hook bird?

Tim - I was in the Amazon region of Ecuador and in the Galapagos last month. Saw the Paradise Tanager and the Gilded Barbet. The tanager was spectacular and easy to find when viewing from a Kapok Tree tower. Also saw and swam with the Galapagos Penguins. So weird...penguins in the tropics. Have a great trip! -Nancy

@Nancy: Thanks for the comments. Congrats on getting to see such cool birds! Both the barbet and tanager are listed as "common" or "basically guaranteed" where I am going so I think I will probably be in luck. The penguins for me should be a little harder as it seems to be hit or miss around Lima. None-the-less the trip alone should be great even without the birds!