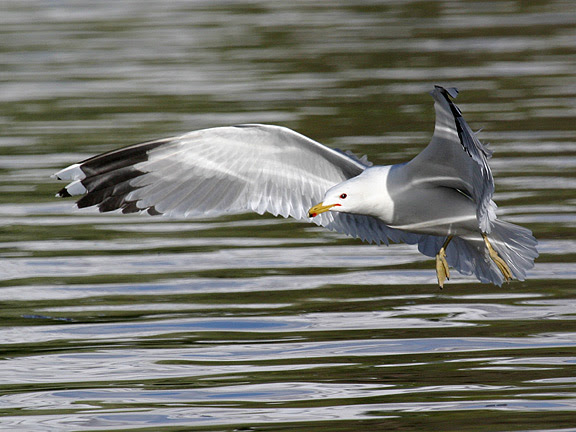 Known as the state bird of Utah, the California Gull can be spotted anywhere from the coast of California to Colorado. This seemingly run-of-the-mill gull came to prominent status when it came to the aid of Mormon settlers in Utah in 1848. There was an “enormous plague” of grasshoppers destroying the settlers’ crops and with no method of getting rid of them, the settlers faced possible starvation. The story, the “Miracle of the Gulls” tells of a massive horde of gulls appearing on June 9, 1848 and proceeding to devour mass quantities of crickets. Most ornithologists did not see this as all that unusual because the gulls around Salt Lake were known to feast on insects in the adjacent valleys. But the pioneers were so grateful of the gulls assistance that the story was recounted by notable Church leaders such as Orson Pratt and George A. Smith to the masses that came to settle in the future. The traditional story passed down by those in Utah is that the gulls came and devoured all of the insects and ensured the survival of over 4,000 settlers. A Gull Monument was built to commemorate the events of 1848 and thus the California Gull became known as the state bird of Utah.

Migration
A well-travelled bird that typically makes its way to the Pacific coast for the winter, the California Gull is actually only found regularly in western California during this time. Outside of winter they can be spotted as far inland as Minnesota and as far north as Manitoba, Canada.    In Utah they may be found year round. Mass of California Gulls in Utah photo by Tim Avery

Habitat
The ideal breeding habitat for these birds is marshes and lakes throughout western United States and southwestern Canada. They nest in colonies and are known to share them with other birds. The nest is generally a shallow in the ground lined with feathers and local vegetation. They usually lay 2 or 3 eggs at a time but can range up to 4. Both the male and the female share responsibility in incubating the eggs as they take turns at 3-4 hour intervals throughout the day. They signal when it is time to rotate nesting duties through “Long Calls” as the non-nesting mate returns. Sometimes the incubator does not get off the nest so quickly when presented with nesting material as a sign that it is time to rotate and has to be physically nudged off. 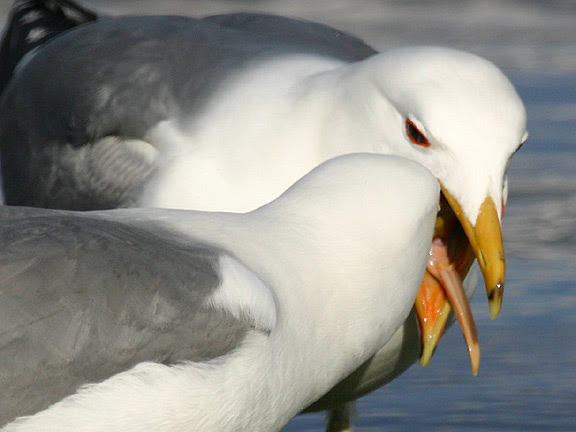 Diet and Feeding
Known to hunt in a variety of places such as lakes, farm fields, pastures, sagebrush, garbage dumps, parking lots, ocean beaches, and open ocean. These gulls are opportunistic scavengers that will eat anything they can catch. Their diet mostly consists of fish, garbage, insects, fruit, grain, and sometimes small mammals. They typically dip for fish in bodies of water and follow plows for insects. Both parents share responsibility in feeding the young ones. 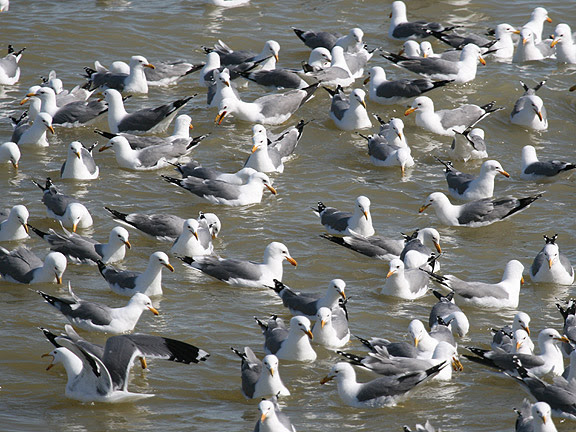 Population
Estimated anywhere from 600,000-1,000,000 individual birds. Population in the U.S. is estimated to have doubled since the 1930s. They are marked in the lowest category of “Least Concern” on the Conservation Status scale.

Ernie Allison is passionate bird watcher who loves to travelling and writing. He enjoys photographing our friends of the sky whether at his bird feeder in the backyard or in their natural habitat.