Other Things With Wings

I remember some years back out birding with Colby Neuman and a group of birders from Cornell.  It was during the AOU convention at the University of Wyoming in Laramie during the onset of fall migration.  We had driven out into the middle of nowhere to a spot that the day before was loaded with migrant Calliope Hummingbirds visiting the flowers along the road--it was the last place you would expect to see a hummingbird.  But there they were, zipping left and right from flower to flower and sitting on the barbed wire fence.  While I was amused with the hummingbirds I noticed the Cornell guys staring at the ground through their binoculars and wondered what in the hell they were doing.  I could have swore they were looking at dragonflies--no that couldn't be possible, there were Calliope Hummingbirds in the middle of the prairie--why would they be looking at dragonflies? 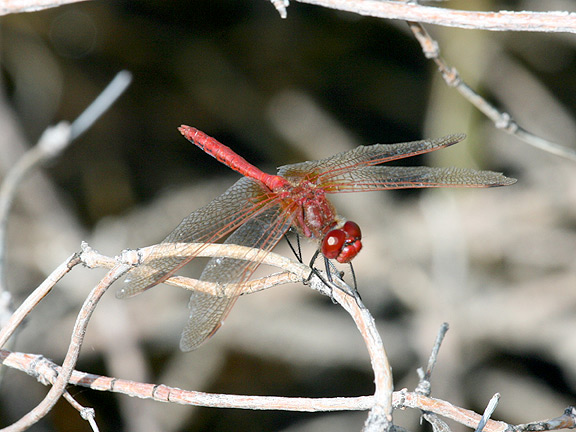 As it turns out, they were looking at dragonflies and the reason was simple, this species of "meadowhawk" was not found in New York!  A meadow huh? Meadowhawk? That's right they were dragonfly watching, and they knew the names of the dragonflies.  Now, I have always considered myself very aware of everything natural around me.  I knew there were different species of bees, butterflies, and dragonflies, but it had never occurred to me to look at them closely before.  I would take a photo if it were interesting, but aside form that, they were just sort of a side note to my time outdoors--like the flowers, trees, and rocks.  So now my interest was piqued, and for the remainder of the day as we made stops for birds the "dragonflying" (if we can call it that) continued.  I didn't think much of it at the time--I was in the midst of my Utah Big Year and when I got home it was the start of one of the best fall migrations I remember--dragonflies were cool but not as cool as the birds.  It was almost a year later when I was at Antelope Island watching a warbler along a creek when all of the sudden I really started noticing the dragonflies.  They were everywhere, and they were easy as hell to photograph. 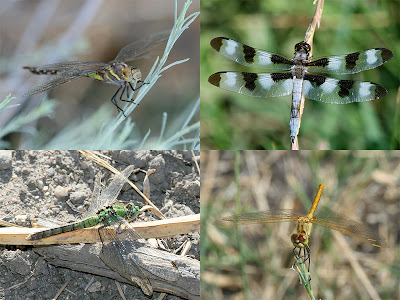 This was all about the same time that I started to notice butterlfies a little more.  I used to give Colby a hard time because he would get caught up looking at a butterfly while we were birding--and now I was doing the same--damnit another field guide I have to pick up.  By the end of 2008 I had guides to both dragonflies and butterflies and while birding you were just as likely to catch me trying to figure out what kind of Fritillary I was looking at as you were to find me admiring the subtle plumage of a Brewer's Sparrow. 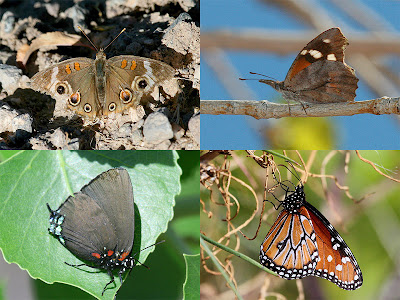 I now think about all the years spent in the midwest where I didn't pay much attention at all to the insects.  What did I miss?  What will I likely never have the chance to see again?  Why didn't I notice these things at the time?  Was it because I was so focused on bird?  More importantly, how did it take me so long to connect the dots, and realize that I wasn't just interested in birds, I also had an interest in other things with wings?  It is frustrating to think about, but I like to think that the last few years I have made the most out of it.  I am no master of ID when it comes to the non-avian flying creatures, but I give it a shot--just this weekend I spent a couple hours photographing butterflies while the birding was slow. 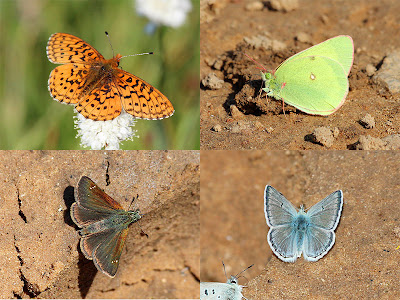 I can't imagine being able to identify every butterfly, dragonfly, or any other flying insect--there are just too many and some of the complexes make the empids look like a cake walk.  IF insects aren't your thing though, you can take another route--how about flying mammals?  I have always found bats fascinating--but harder than hell to photograph.  A couple years ago my wife's parents had dozens of these winged creatures flying over their neighborhood during the summer.  I took the opportunity to learn to shoot photos of moving targets in the dark.

I definitely wouldn't say I am hooked on bats, but they are interesting and equally tough to learn.  So next time you find yourself out and about, and maybe the birding ain't so great, take a minute and see what other flying creatures might be nearby--you never know what you might find! 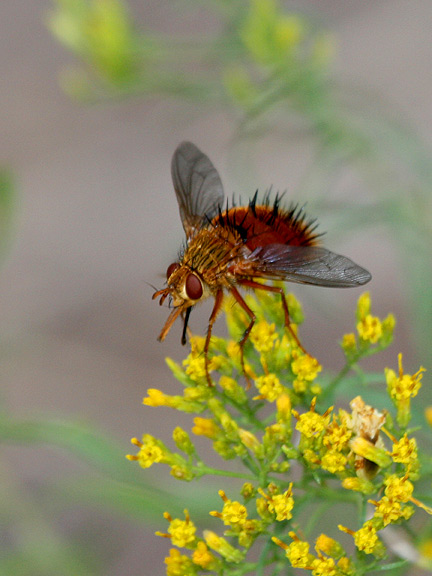 Is it a Fly is it a Bee? Strange weird things with wings!


You can check out all my other non bird related wildlife photos on my website through this link! If you notice anything not identified correctly, don't hesitate to let me know!

I don't know if I can get into watching bugs. I just have no interest I guess. Very cool pictures though! That bat is terrifying.

@Stephanie: I love Flying Squirrels, we had a couple pairs in Sugarhouse that I would see from time to time...

@Anonymous: I agree that it's something that could be hard to get into. I spent 4 summers doing field work and could have photographed countless butterflies and dragonflies in in my down time--but at the time I just wasn't interested. It just kind of grew on me over time I guess. Glad you liked the pictures!

@Jessica: Thanks! I believe it is actually a species called Adejeania vexatrix, or for us lay folk--the Beelike Tachinid Fly.

Check it out on Wikipedia

Some crazy bugs out there for sure!