Certain birds are known to have "eye-spots" on the back of their head, especially a few species of hawk and owl. I've heard several reasons why some birds have them, but would like to hear what others think about their function or purpose?

And, don't identify hawks by this trait alone…several of them can show it. It was believed years ago that it was a good trait for perched Rough-legged Hawks (below), but I have seen too many Red-tails (below) and a few other buteos show this. These are just a few examples, including this male Harrier (below) with a neat pattern they typically show. These spots on hawks don't really resemble eyes, but just wanted to make a point. 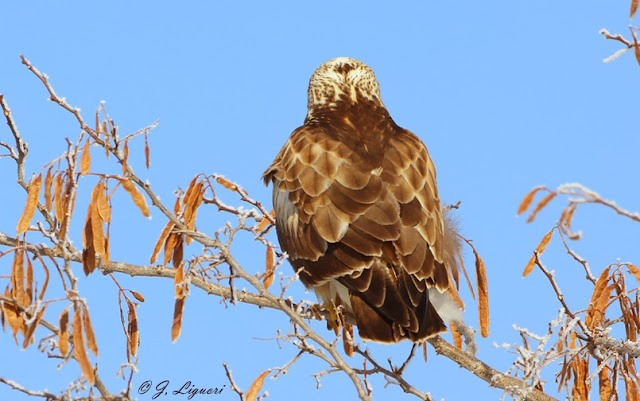 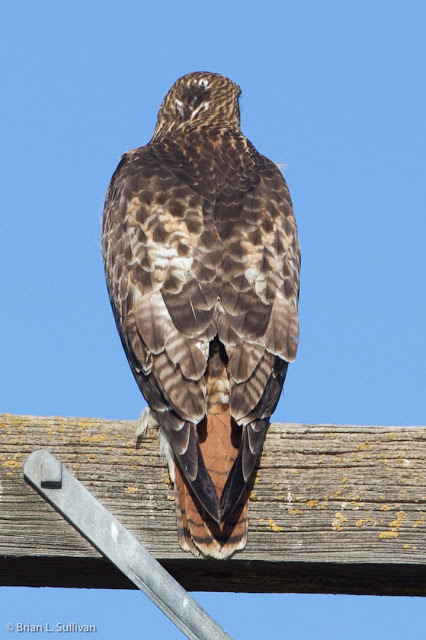 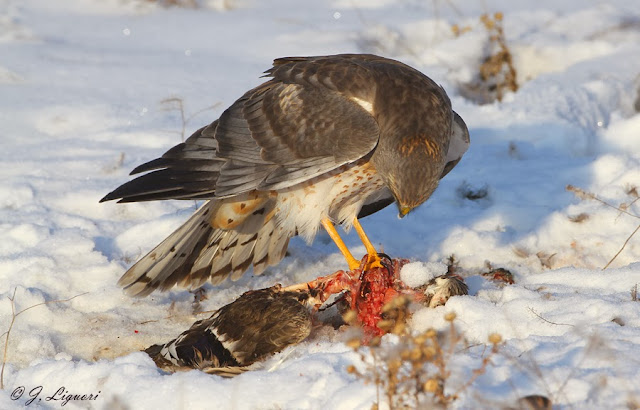