A recent discussion spurred this post on jerryliguori.com, but I wanted to post it here as well.

Yes, it true that light-morph Harlan's are snow-white below, but some can and do have buffy or rufous tones on the underside, especially the leggings. Brian Sullivan and I show examples in a 2009 Birding magazine article, but here are some more examples. Remember Harlan's overlaps in plumage, and interbreeds with other races of Red-tailed Hawk, so they can show traits that are normally associated with other races (as do all Red-tails -- i.e. a dark or light throat can be shown on both Eastern and Western). Consider that juvenile Harlan's (especially light-morphs) can have tails that look identical to other races, that is telling in itself. I tend to call Harlan's that show traits associated with other races, or lack all the classic Harlan's traits "Harlan's variants" instead of "intergrades." I also refer them to them as "Harlan's-types" -- essentially, it is a Harlan's of some sort. Since we really don't know the extent of natural variation any more than we know the extent they interbreed (but we do know variation and intergrading does occur), identifying a definite intergrade is very tricky. If a bird shows classic traits of more than one race, then the intergrade argument may have more validity. Or, another good example could be a Harlan's-type with a fully red tail. However, many "pure" Harlan's have varying amounts of red in the tail, or rufous breasts, so a Harlan's that fits the mold in every way but has a degree of red in the tail is simply a "Harlan's", and to call such a bird an "intergrade" is a huge leap.

It is hard to draw a line between what is normal variation and what is an intergrade, and there are many birds out there that are just too difficult to classify. Anyway, here are some examples of Harlan's with atypical traits such as colored leggings or mostly red tails…enjoy. 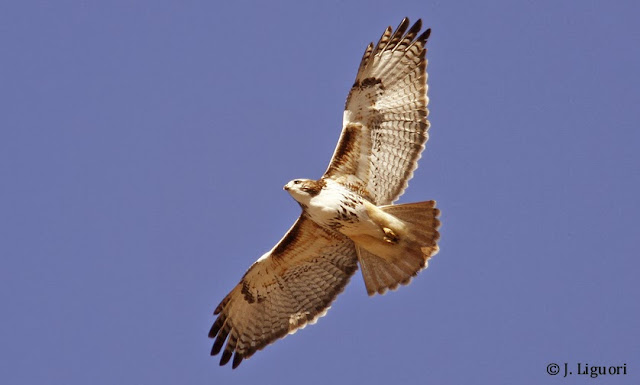 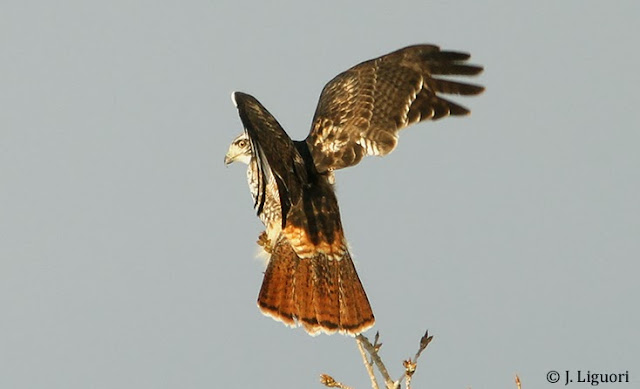 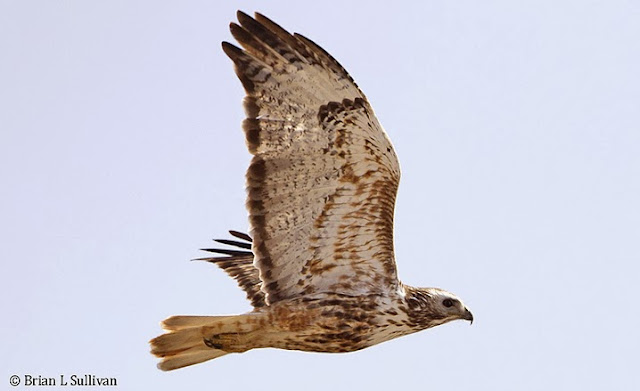 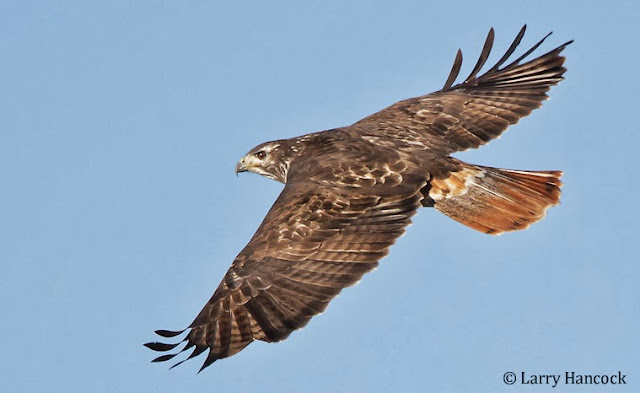 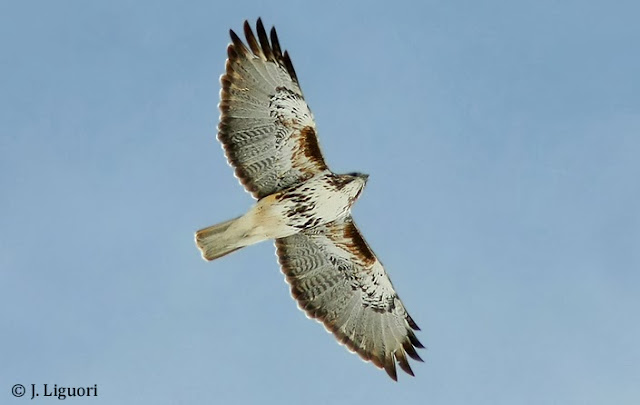